Zombie cicadas in the US lure victims with promises of sex before passing on a deadly, mind-controlling parasite

A parasitic fungus can control the minds of cicadas, leading them to act like the undead.

Researchers at West Virginia University first discovered these "zombie cicadas" last summer. They found that the bugs douse other cicadas with spores that cause the same infection, so the scientists nicknamed the cicadas "flying salt shakers of death." But they didn't fully understand how the psychedelic fungus — named massospora — tricks cicadas into spreading the disease to so many healthy counterparts.

The possessed cicadas reemerged in West Virginia in June, giving the researchers a chance to answer that question.

In a recent study, scientists describe how massospora manipulates male cicadas into flicking their wings in a pattern that imitates females' mating invitations. That sham siren call then lures in unsuspecting healthy males.

When the healthy males wander over and try to mate to with their infected brethren, the parasite gains a new victim.

The fungus tweaks cicadas' behavior against its best interest 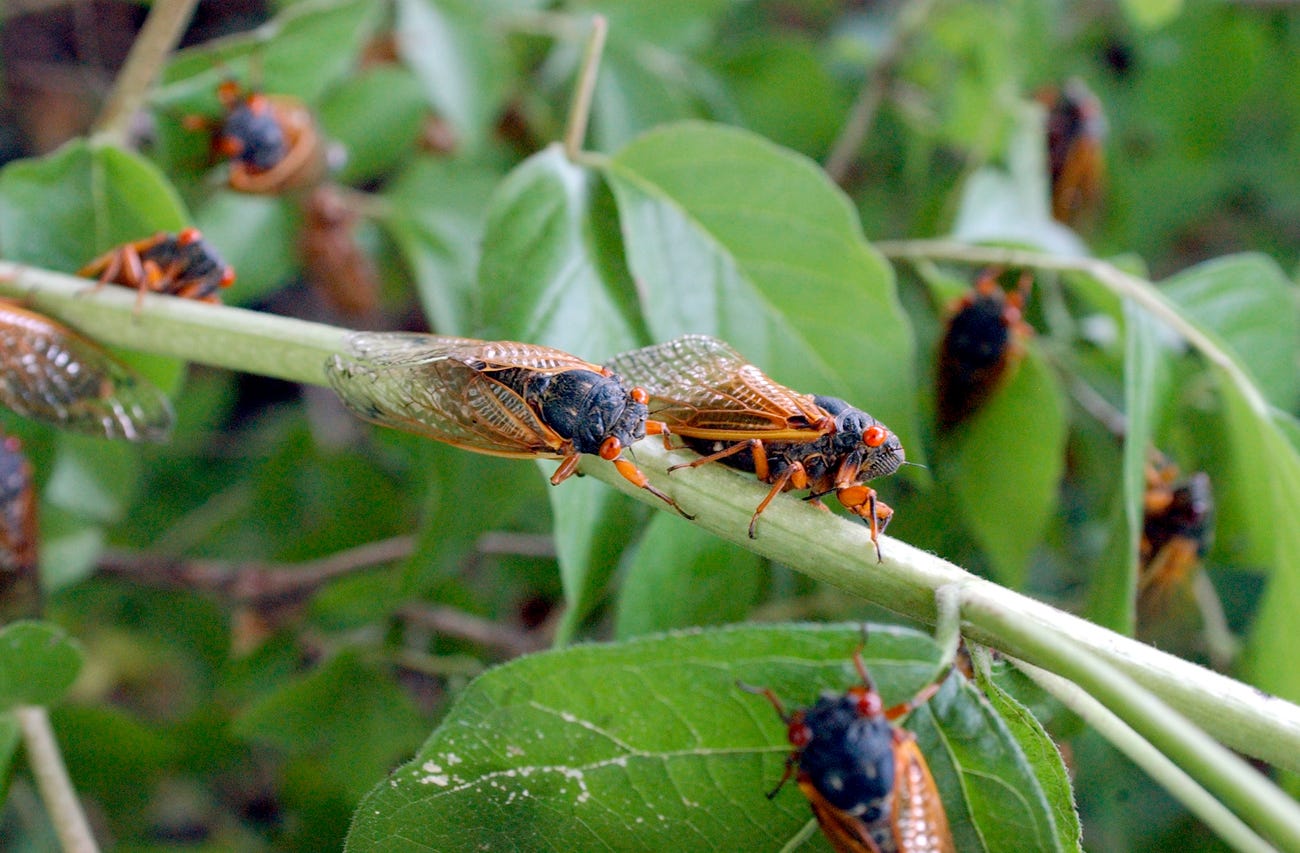 A swarm of cicadas take over a bush near Trenton, Ohio. Pat Auckerman/The Journal/AP

The most sinister aspect of massospora is that the fungus eats away at infected cicadas genitals, butts, and abdomens, replacing them with fungal spores.

The insects' bodies "wear away like an eraser on a pencil," Brian Lovett, a coauthor of the new study, said in a press release.

Lovett and his team found that even though infected cicadas can lose up to one-third of their bodies to the fungus, they continue to roam, fly, and fornicate as if nothing's wrong. That maximizes the parasite's spread.

To make matters worse, the infection causes cicadas' libido to skyrocket — they "try to mate with everything they encounter," the researchers said.

He added that this type of behavioral tweak is similar to how the rabies virus modifies its hosts' behavior.

"When you're infected with rabies, you become aggressive, you become afraid of water and you don't swallow," Lovett said. "The virus is passed through saliva and all of those symptoms essentially turn you into a rabies-spreading machine where you're more likely to bite people."

The study also pinpointed when during their life cycle the cicadas may get infected.

Baby cicadas — called nymphs — spend the first 17 years of their lives underground, feeding on plant roots. According to Matt Kasson, another study author, some nymphs could encounter the fungus as they dig their burrows. 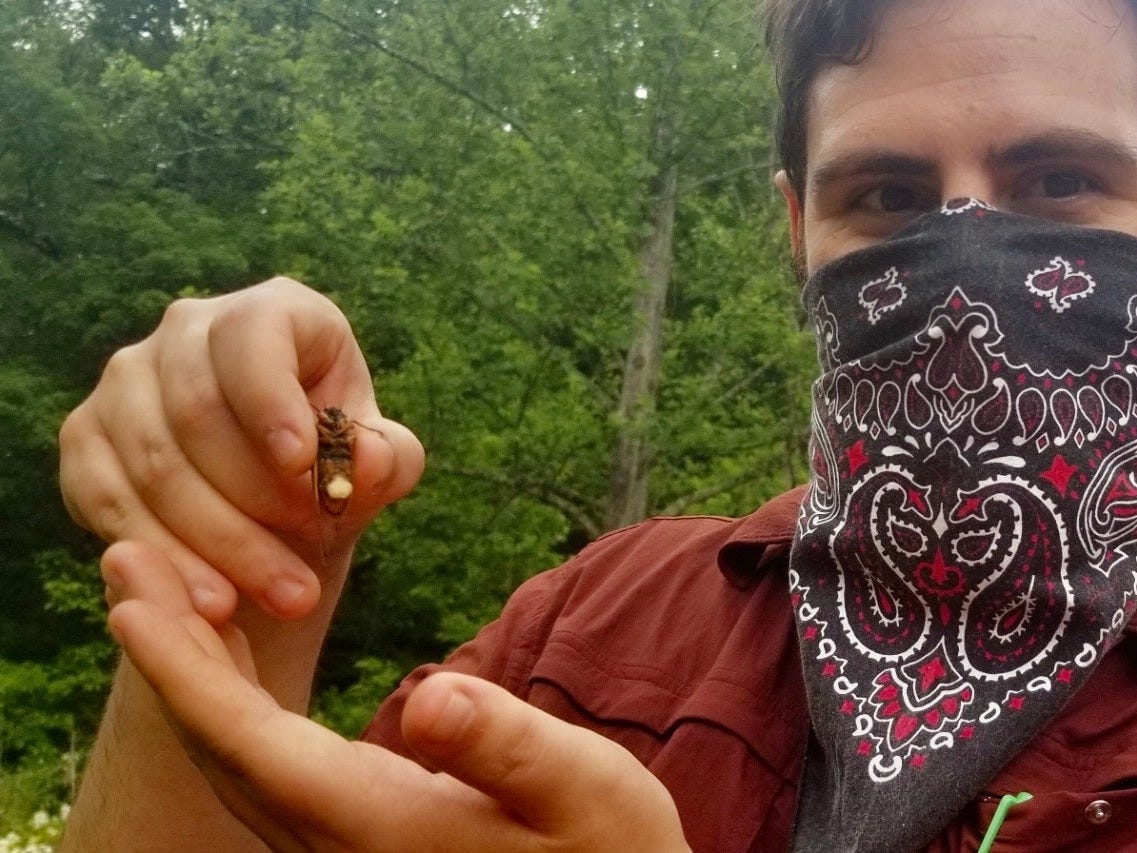 "The fungus could more or less lay in wait inside its host for the next 17 years until something awakens it, perhaps a hormone cue," Kasson said in the release.

Alternatively, the nymphs might also get infected in their 17th year, on their way up to the surface.Either way, these infected cicadas are harmless to humans.

"They're very docile," Lovett said. "You can walk right up to one, pick it up to see if it has the fungus (a white to yellowish plug on its back end) and set it back down. They're not a major pest in any way."