As if the lowly soldier of World War I didn't have enough to worry about on the hellish battlefields of France — from massive flamethrowers, to giant artillery guns to poison gas — there was a lot of nastiness that could kill you in no-man's land.

But killer trees? Come on, is there no decency?

Not quite the nightmare scenario of living, walking Ents from "Lord of the Rings," the British and later the Germans nevertheless disguised sniper hides and observation posts in positions designed to look like trees destroyed on the battlefield made from steel drums and camouflaged to look like an everyday arbor.

In the constant game of cat and mouse that marked the stalemate of the Western Front, diabolical designers looked to the splintered wreckage of the pock-marked battlescape to hide their positions. According to a story about the deadly hollowed-out trees in the London Daily Mail, the Brits found wrecked trees they could use to construct what they called "O.P. Trees" for observation posts. 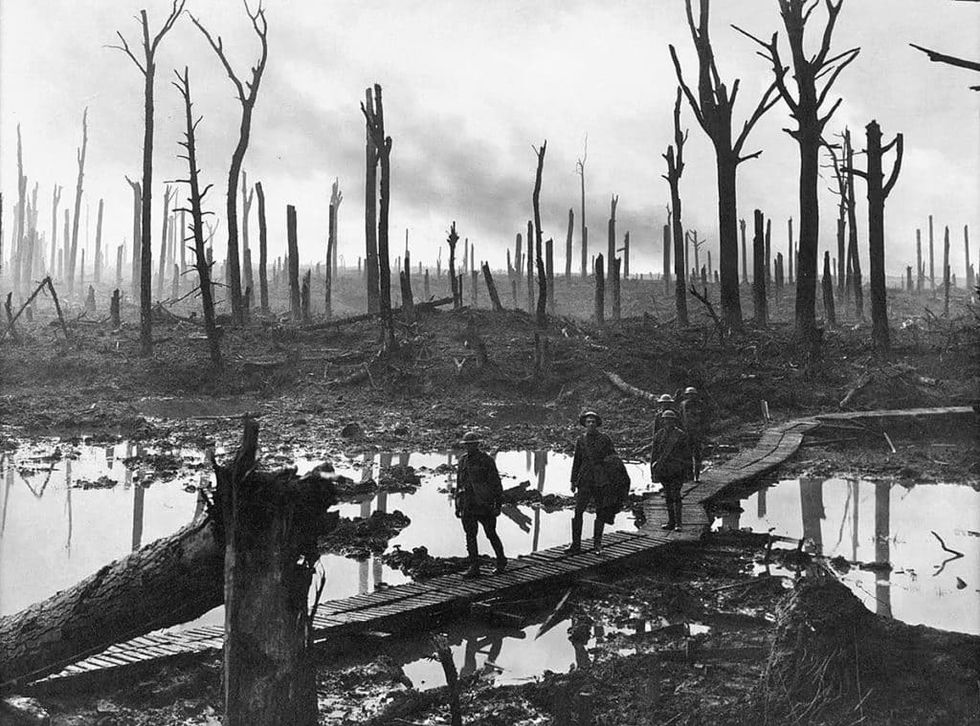 Is that a German Baumbeobachter behind me? (Photo from Wikimedia Commons)

"The ideal tree was dead and often it was bomb blasted," the MailOnline story said. "The photographs and sketches were then sent to a workshop where artists constructed an artificial tree of hollow steel cylinders."

"It contained an internal scaffolding for reinforcement, to allow a sniper or observer to ascend within the structure," the story added.

The trees were built to look exactly like the ruined ones in no-man's land, so troops would sneak between the lines in the dark and replace the real tree with the fake one. Manned by a British Tommy, the O.P. Trees gave a better view of the battlefield than peering over the trench line.

Historians say a soldier perched within the tree would relay his observation to another trooper posted below, who'd carry the information back to the lines for an attack. 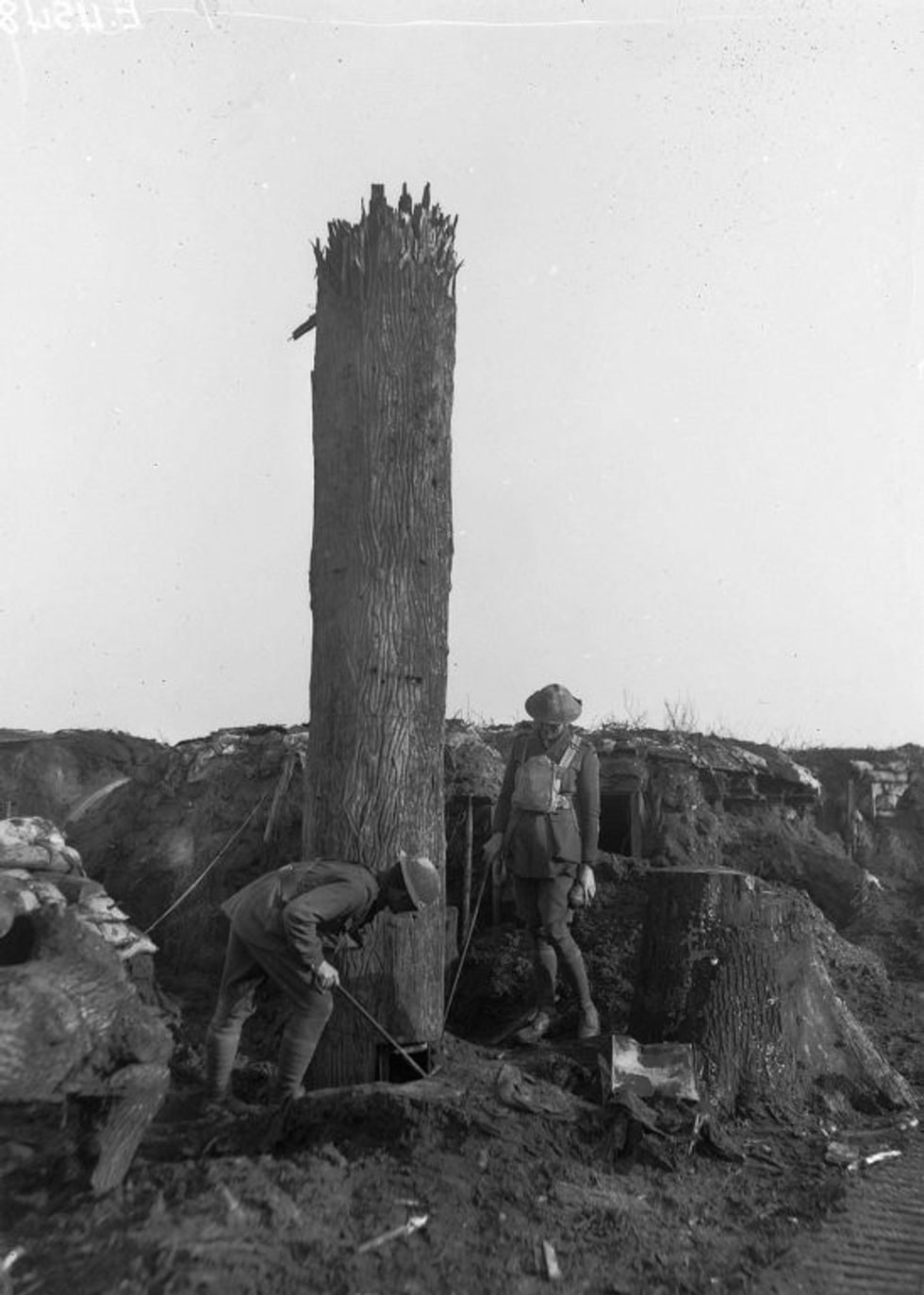 An O.P. Tree being installed on a World War I battlefield by British troops. (Photo from Wikimedia Commons)

"As far as we know the trees were surprisingly successful and none of them were detected by the enemy," a historian with the Imperial War Museum in Kensington, England, told MailOnline. "In 1916 the Germans had captured a lot of the higher ground on the Western Front and even the elevation of a few feet through one of these trees could prove crucial."

The Germans later caught on to the tactic and built there own, calling them Baumbeobachter (which means "tree observer") and used them throughout the war. The Brits are said to have used their first O.P. Trees during the battle of Ypres in Belgium in 1915, and historians estimate around 45 were deployed to the Western front.