The atomic bombings of Hiroshima and Nagasaki in August of 1945 marked the end of the World War II, and the beginning of the age of nuclear weapons.

During the Cold War, the policy of mutually assured destruction between the US and the Soviet Union — appropriately referred to as "MAD" — meant that if one nation used nuclear weapons on another, then an equal response would have been doled out as soon as possible.

Over the course of the Cold War, and several times after it, the citizens of the world were forced to hold their breath as the superpowers came close to nuclear war.

Here are nine times the world was at the brink of nuclear war — but pulled back: 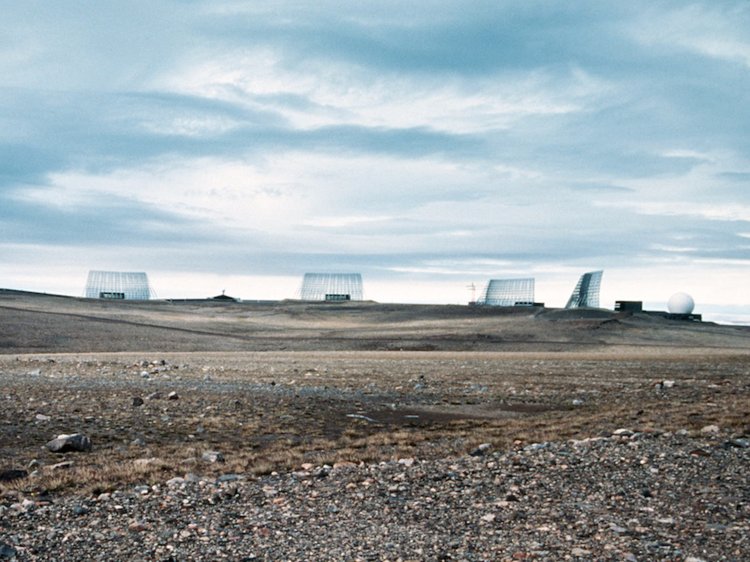 Early warning radar quickly became one of the most important tools in the nuclear age. American radar stations were built all around the world with the hope that they would detect incoming Soviet missiles, warning the homeland of a strike and allowing for the president to form a response.

On October 5, 1960, one such warning was issued from a newly constructed early warning radar station in Thule, Greenland (now called Qaanaaq). Dozens of missiles were reportedly detected, and at one point were said to reach the US in 20 minutes.

A panic ensued at the North American Aerospace Defense Command (NORAD) HQ in Colorado, and NORAD was placed on its highest alert level.

The panic was put to rest when it was realized that Soviet Premier Nikita Khrushchev was visiting New York at the time. A later investigation found that the radar had mistaken the moon rising over Norway as Soviet missiles. 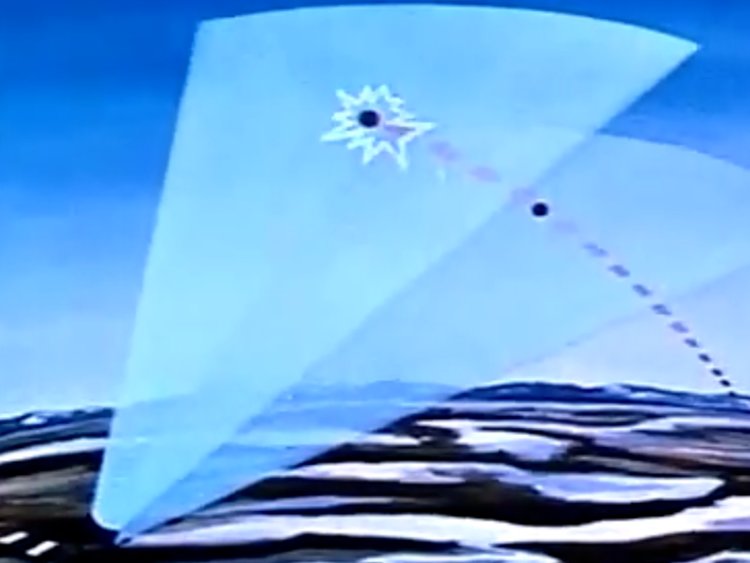 Just over a year later, Strategic Air Command (SAC) HQ in Omaha, Nebraska lost contact with the Thule radar station. SAC officials then tried to contact NORAD HQ in Colorado, but the line was reportedly dead.

It was determined before that the probability that both Thule and NORAD's communications would shut down due to technical malfunction was very low, making SAC believe that an attack was underway.

SAC's entire alert force was ordered to prepare for takeoff, but crisis was averted when a US bomber managed to make contact with Thule and confirm no attack was underway.

It was later discovered that a single malfunctioning switch managed to shut down all communications, even emergency hotlines, between SAC, Thule, and NORAD. 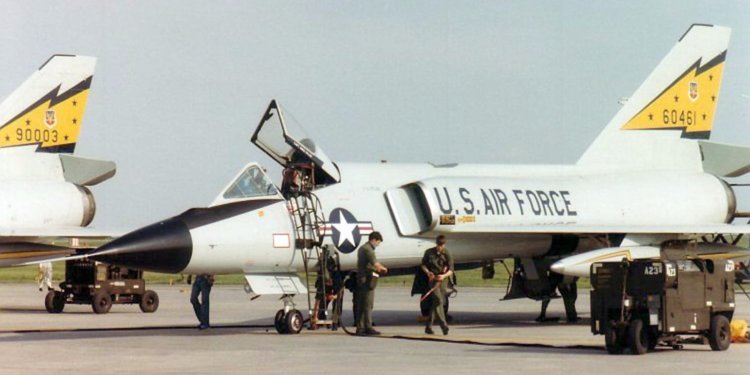 The Cuban Missile Crisis is perhaps the closest the world has ever come to global nuclear war. Four instances over the 13-day event stand out in particular, the first one happening on October 25, 1962.

Tensions were already high during the crisis, and the US military was placed on DEFCON 3, two steps away from nuclear war.

Just after midnight on October 25, a guard at the Duluth Sector Direction Center in Minnesota saw a figure attempting to climb the fence around the facility. The guard, worried that the figure was a Soviet saboteur, shot at the figure and activated the sabotage alarm.

This triggered air raid alarms to go off at all air bases in the area. Pilots at Volk Field in neighboring Wisconsin to panic, since they knew that no tests or practices would happen while the military was on DEFCON 3.

The pilots were ordered to their nuclear armed F-106A interceptors, and were taxiing down the runway when it was determined the alarm was false. They were stopped by a car that had raced to the airfield to tell the pilots to stop.

The intruder turned out to be a bear. 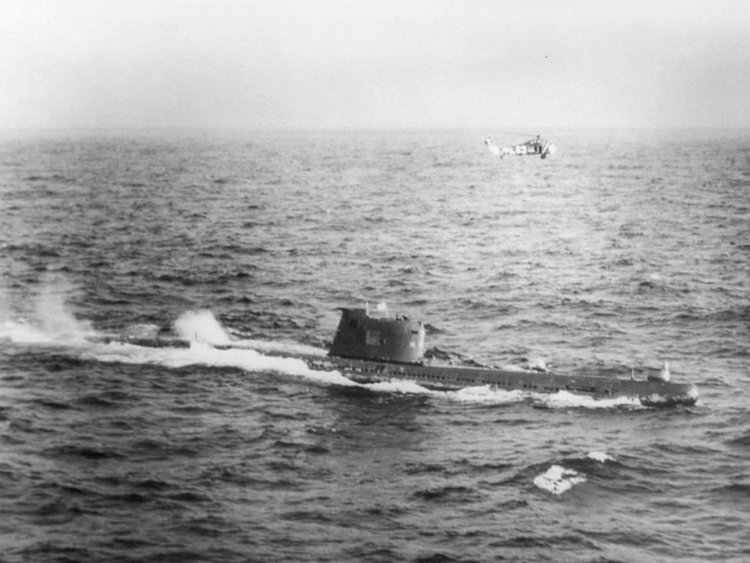 Two of the instances actually occurred on the same day — October 27, 1962, arguably the most dangerous day in history.

On the morning of October 27, a U-2F reconnaissance aircraft was shot down by the Soviets while over Cuba, killing its pilot, causing tensions to escalate to their highest point.

Later, a Soviet submarine, the B-59, was detected trying to break the blockade that the US Navy had established around Cuba. The destroyer USS Beale dropped practice depth charges in an attempt to make the submarine surface.

The captain of the B-59, Valentin Savitsky, thought the submarine was under attack and ordered to prepare the submarine's nuclear torpedo to be launched at the aircraft carrier USS Randolf.

All three senior officers aboard the B-59 had to agree to the launch before it happened. Fortunately, the B-59's second in command, Vasili Arkhipov, disagreed with his other two counterparts, and convinced the captain to surface and await orders from Moscow. 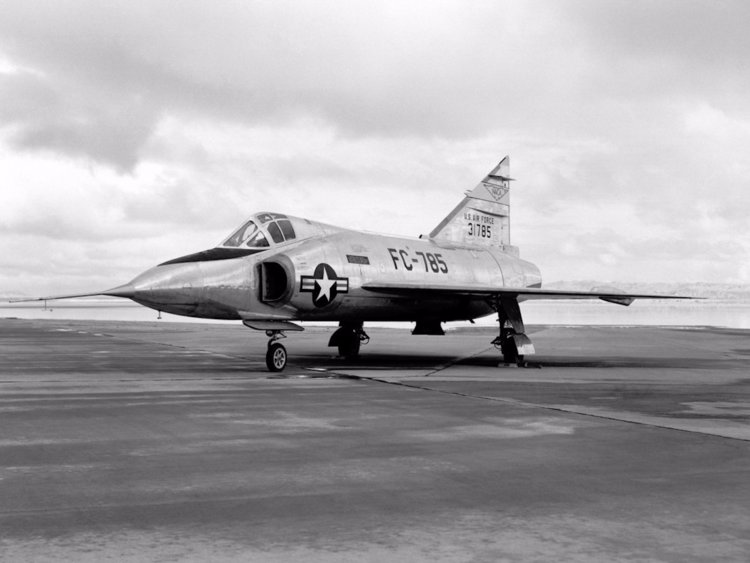 On the very same day, US Air Force pilots almost caused WW III to break out over the Bering Sea, the body of water between Alaska and Russia.

A US Air Force U-2 reconnaissance aircraft was en route to the North Pole for an air sampling mission. The spy plan accidentally crossed into Soviet airspace and lost track of its location, spending 90 minutes in the area before turning East to leave.

As it did so, at least six MiG fighter jets were sent to shoot down the U-2 while it was trespassing. Strategic Air Command, worried about the prospect of losing another U-2, sent F-102 Delta Daggers armed with nuclear Falcon air-to-air missiles.

Upon learning of the situation, Secretary of Defense Robert McNamara reportedly yelled "this means war with the Soviet Union!" President John F. Kennedy reportedly said that "there's always some son of a b---- that doesn't get the word."

Luckily, the F-102s never encountered the MiGs, and escorted the U-2 back to Alaska.

6. October 28, 1962 - Radar operators get confused over an unknown satellite

One day after those events, radar operators in Moorestown, New Jersey reported to NORAD HQ just before 9:00 AM that Soviet nuclear missiles were on their way, and were expected to strike at exactly 9:02 near Tampa, Florida.

All of NORAD was immediately alerted and scrambled to respond, but the time passed without any detonations, causing NORAD to delay any actions.

It was later discovered that the Moorestown radar operators were confused because the facility was running a test tape that simulated a missile launch from Cuba when a satellite unexpectedly appeared over the horizon.

Additional radars were not operating at the time, and the Moorestown operators were not informed that the satelite was inbound because the facility that handled such operations was on other work related to the situation in Cuba.

At 3:00 AM on November 9, 1979, computers at NORAD HQ lit up with warnings that thousands of nuclear missiles had been launched from Soviet submarines and were headed for the US.

SAC was alerted immediately and US missile crews were on the highest alert level possible, and nuclear bombers were preparing for takeoff.

The National Emergency Airborne Command Post, the airplane that is supposed to carry the president during a nuclear attack to ensure his command over the nuclear arsenal even took off, though without President Jimmy Carter on board.

National Security Advisor Zbigniew Brzezinski knew that the president's decision making time was somewhere between three to seven minutes, and so decided to hold off telling Carter in order to be absolutely sure there was a real threat.

Six minutes of extreme worry passed, and satellites confirmed that no attack was taking place. It was later discovered that a technician had accidentally inserted a training tape simulating such a scenario into one of the computers.

Marshall Shulman, then a senior US State Department adviser, reportedly said in a now-declassified letter that was designated Top Secret that "false alerts of this kind are not a rare occurrence. There is a complacency about handling them that disturbs me."

Just after midnight on September 26, 1983, Soviet satellite operators at the Serpukhov-15 bunker just south of Moscow got a warning that a US Minuteman nuclear missile had been launched. Later, four more missiles were detected.

Tensions between the US and Soviet Union were strained earlier in the month, when the Soviets shot down Korean Air Lines Flight 007 near Sakhalin Island, killing all 269 people on board — including US Congressman Larry McDonald.

The commanding officer at the bunker, Stanislav Petrov, was to inform his superiors of the launches, so an appropriate response could be made. Soviet policy back then called for an all-out retaliatory strike.

Knowing this, Petrov decided not to inform his superiors. "All I had to do was to reach for the phone; to raise the direct line to our top commanders — but I couldn't move. I felt like I was sitting on a hot frying pan," he recalled of the incident.

He reasoned that if the US were to strike the Soviet Union with nuclear weapons, they would send hundreds of missiles, not just five.

But Petrov had no way of knowing if he was right until enough time had passed, by which time nuclear bombs could have hit their targets, arguably making his decision the biggest gamble in human history.

After 23 minutes, Petrov's theory that it was a false alarm was confirmed. It was later discovered that a Soviet sattelite had mistaken sunlight reflecting off the top of clouds as missiles.

Russian early warning radar detected a launch of a missile with similar characteristics to a submarine-launched Trident missile off the coast of Norway.

The detected missile was actually a Norwegian Black Brant scientific rocket which was on a mission to study the aurora borealis. Norwegian authorities had informed the Kremlin of the launch, but the radar operators were not informed.

Yeltsin was given the Cheget, Russia's version of the nuclear briefcase (sometimes known as the Football), and the launch codes for Russia's missile arsenal. Russia's submarines were also placed on alert.

Fortunately, Yeltsin's belief that it was a false alarm proved correct, and Russian satellites confirmed that there was no activity from US missile sites.