This man fought for Finland, the Nazis and US Army Special Forces

Larry Thorne enlisted in the U.S. Army as a private in 1954, but he was already a war hero.

That's because his real name was Lauri Törni, and he had been fighting the Soviets for much of his adult life.

Born in Finland in 1919, Törni enlisted at age 19 in his country's army and fought against the Soviet Union in the Winter War of 1939, according to Helsingin Sanomat. He quickly rose to the rank of captain and took command of a group of ski troops, who quite literally, skied into battle against enemy forces.

His career saw some unexpected twists, however. He would go on to serve briefly with the German SS, and later would serve with US Army Special Forces.

Born in Finland in 1919, Törni enlisted at age 19 in his country's army and fought against the Soviet Union in the Winter War of 1939-40, according to Helsingin Sanomat. He quickly rose to the rank of captain and took command of a group of ski troops, who quite literally, skied into battle against enemy forces.

In 1942, he was severely wounded after he skied into a mine, but that didn't slow him down. In 1944 during what the Finns called The Continuation War, he received Finland's version of the Medal of Honor — the Mannerheim Cross — for his bravery while leading a light infantry battalion.

Unfortunately for Törni, Finland signed a ceasefire and ceded some territory to the Soviets in 1944 to end hostilities. But instead of surrendering, he joined up with the German SS so he could continue fighting. He received additional training in Nazi Germany and then looked forward to kicking some Commie butt once more.

But then Germany fell too, and the Finn-turned-Waffen SS officer was arrested by the British, according to War History Online. Not that being put into a prison camp would stop him either.

"In the last stages of the war he surrendered to the British and eventually returned to Finland after escaping a British POW camp," reads the account at War History Online. "When he returned, he was then arrested by the Finns, even though he had received their Medal of Honor, and was sentenced to 6 years in prison for treason."

He ended up serving only half his sentence before he was pardoned by the President of Finland in 1948. 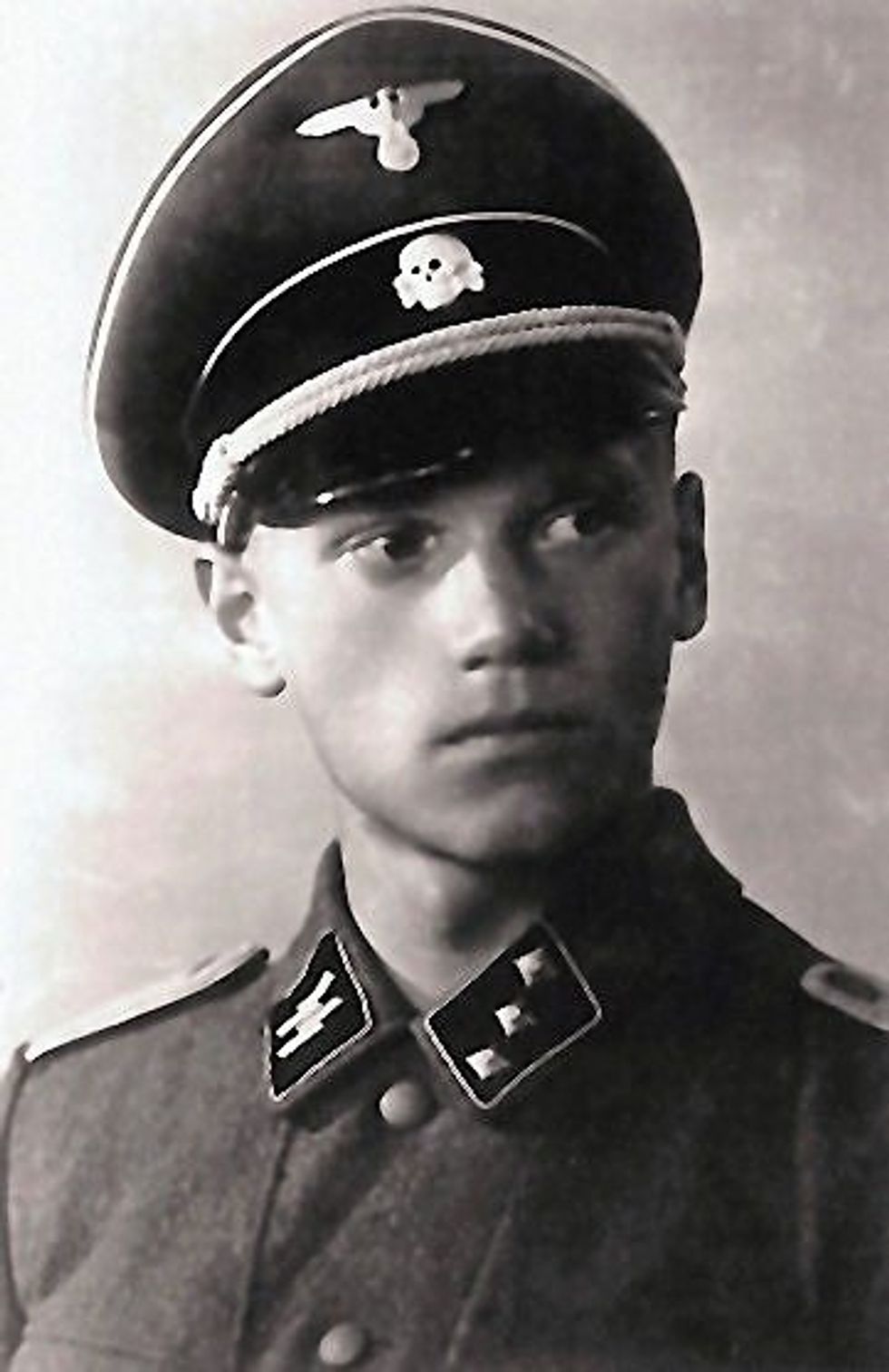 Törni's path to the U.S. Army was paved by crucial legislation from Congress along with the creation of a new military unit: Special Forces.

In June 1950, the Lodge-Philbin Act passed, which allowed foreigners to join the U.S. military and allowed them citizenship if they served honorably for at least five years. Just two years later, the Army would stand up its new Special Forces unit at Fort Bragg, N.C.

More than 200 eastern Europeans joined Army Special Forces before the Act expired in 1959, according to Max Boot. One of those enlistees was Törni, who enlisted in 1954 under the name Larry Thorne.

"The Soviets wanted to get their hands on Thorne and forced the Finnish government to arrest him as a wartime German collaborator. They planned to take him to Moscow to be tried for war crimes," reads the account at ArlingtonCemetery.net. "Thorne had other plans. He escaped, made his way to the United States, and with the help of Wild Bill Donovan became a citizen. The wartime head of the OSS knew of Thorne's commando exploits."

Thorne quickly distinguished himself among his peers of Green Berets. Though he enlisted as a private, his wartime skill-set led him to become an instructor at the Special Warfare School at Fort Bragg teaching everything from survival to guerrilla tactics. In 1957, he was commissioned a second lieutenant and would rise to the rank of captain just as war was on the horizon in Vietnam. 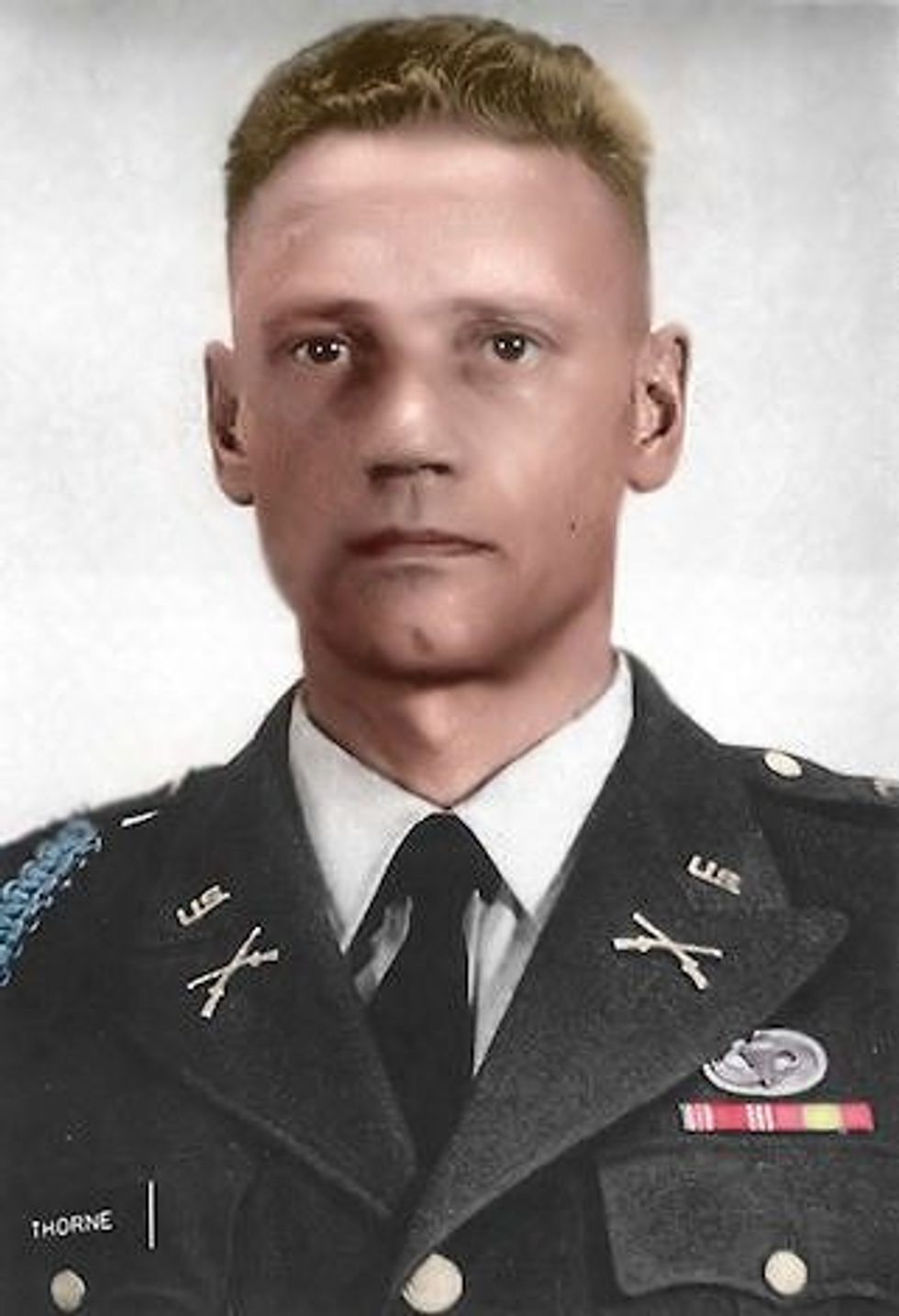 But first, he would take part in a daring rescue mission inside of Iran. In 1962, then-Capt. Thorne led an important mission to recover classified materials from a U.S. Air Force plane that crashed on a mountaintop on the Iran-Turkish-Soviet border, according to Helsingin Sanomat. Though three earlier attempts to secure the materials had failed, Thorne's team was successful.

According to the U.S. Army:

Thorne quickly made it into the U.S. Special Forces and in 1962, as a Captain, he led his detachment onto the highest mountain in Iran to recover the bodies and classified material from an American C-130 airplane that had crashed. It was a mission in which others had failed, but Thorne's unrelenting spirit led to its accomplishment. This mission initially formed his status as a U.S. Special Forces legend, but it was his deep strategic reconnaissance and interdiction exploits with Military Assistance Command, Vietnam Studies and Observation Group, also known as MACV-SOG, that solidified his legendary status.

In Vietnam, he earned the Bronze Star medal for heroism, along with five Purple Hearts for combat wounds, War History Online writes. According to Helsingin Sanomat, his wounds allowed him to return to the rear away from combat, but he refused and instead requested command of a special operations base instead.

On Oct. 18, 1965, Thorne led the first MACV-SOG cross-border mission into Laos to interdict North Vietnamese movement down the Ho Chi Minh trail. Using South Vietnamese Air Force helicopters, his team was successfully inserted into a clearing inside Laos while Thorne remained in a chase helicopter to direct support as needed. Once the team gave word they had made it in, he responded that he was heading back to base.

Roughly five minutes later while flying in poor visibility and bad weather, the helicopter crashed. The Army first listed him as missing in action, then later declared he was killed in action — in South Vietnam. The wreckage of the aircraft was found prior to the end of the war and the remains of the South Vietnamese air crew were recovered, but Thorne was never found.

Thorne's exploits in combat made him seem invincible among his Special Forces brothers, and with his body never recovered, many believed he had survived the crash and continued to live in hiding or had been taken prisoner by the North Vietnamese, according to POW Network.

"Many believed he was exactly the sort of near-indestructible soldier who would have simply walked back out of the jungle, and they found it hard to believe he had been killed," writes Helsingin Sanomat.

In 1999, the mystery was finally put to rest. The remains of the legendary Special Forces soldier were recovered from the crash site. DNA confirmed the identities of the air crew, while dental records proved Törni had died on that fateful night in 1965, reported Helsingin Sanomat.

"He was a complex yet driven man who valorously fought oppression under three flags and didn't acknowledge the meaning of quit," U.S. Army Special Forces Col. Sean Swindell said during a ceremony in 2010.