Here is every weapon the US Army issues its soldiers

It goes without saying that the US Army is continuously testing and adding new weapons to its arsenal.

For example, the Army recently began to replace the M9 and M11 pistols with the M17 and M18, but has only delivered them to soldiers in the 101st Airborne Division at Fort Campbell in Kentucky. Therefore, the pistols are not yet standard issue.

While the Army continues to stay ahead of the game, it undoubtedly has a multitude of weapons for its soldiers.

And we compiled a list of all these standard issue weapons operable by individual soldiers below, meaning that we didn't include, for example, the Javelin anti-tank missile system because it takes more than one person to operate, nor did we include nonstandard issue weapons. 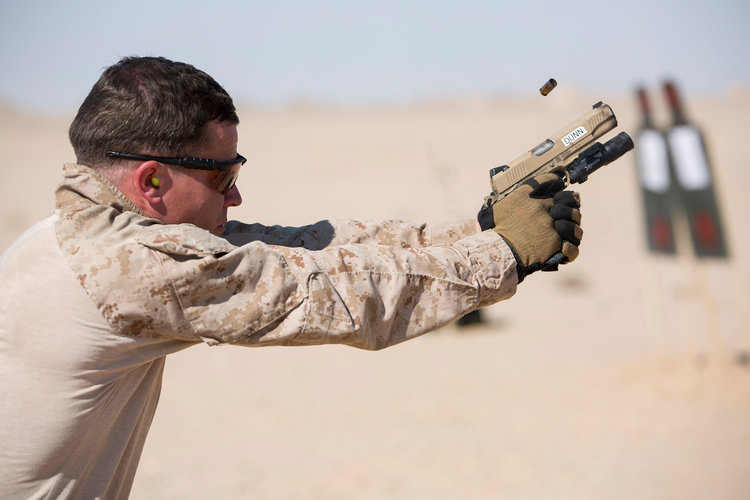 The M1911 is a .45 caliber sidearm that the Army has used since World War I, and has even begun phasing out. 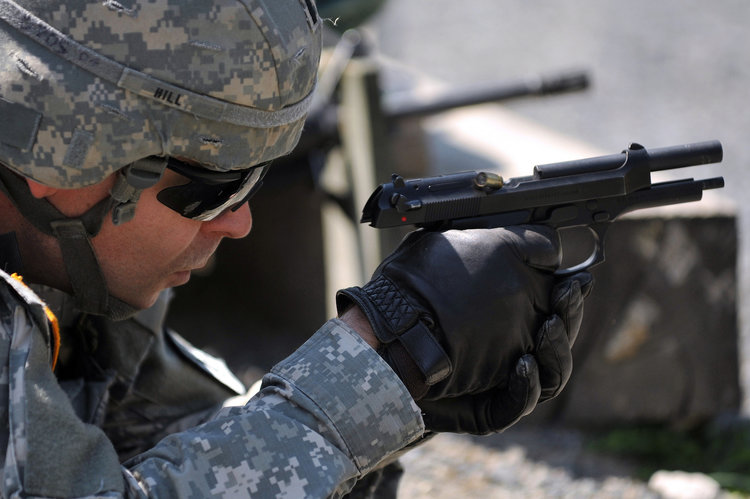 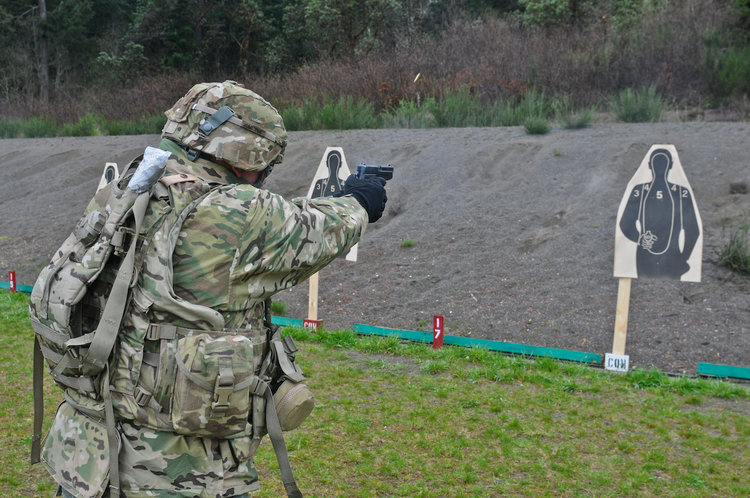 The M11 is another 9mm pistol that replaced the M1911, and is itself being replaced by the M17 and M18 pistols. 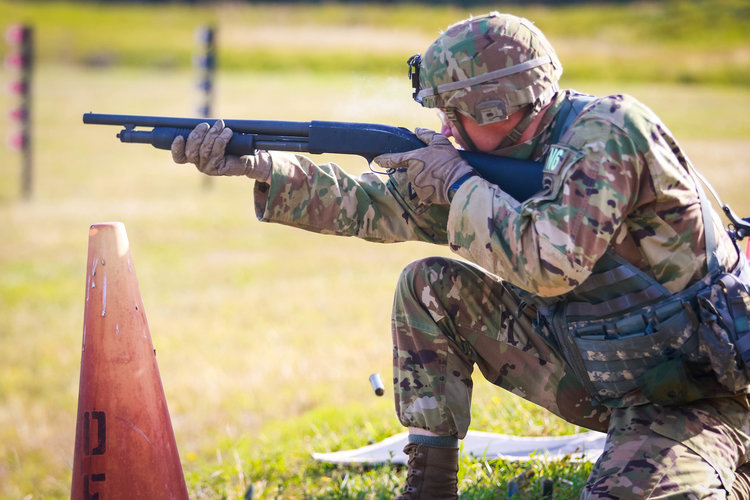 The M500 is a 12-gauge shotgun that usually comes with a five-round capacity tube. The Army began issuing shotguns to soldiers during World War I to help clear trenches, and has been issuing the M500 since the 1980s. 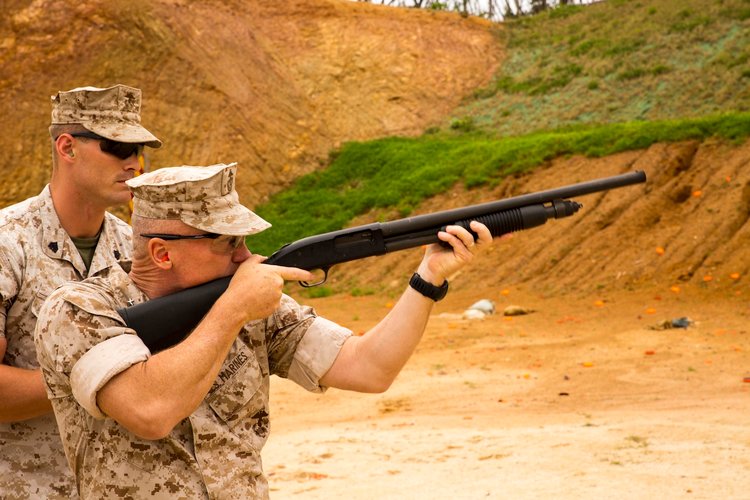 The 12-gauge M590 is very similar to the M500 — both of which are made by Mossberg — except for little specifications, such as triggers, barrel length and so forth. 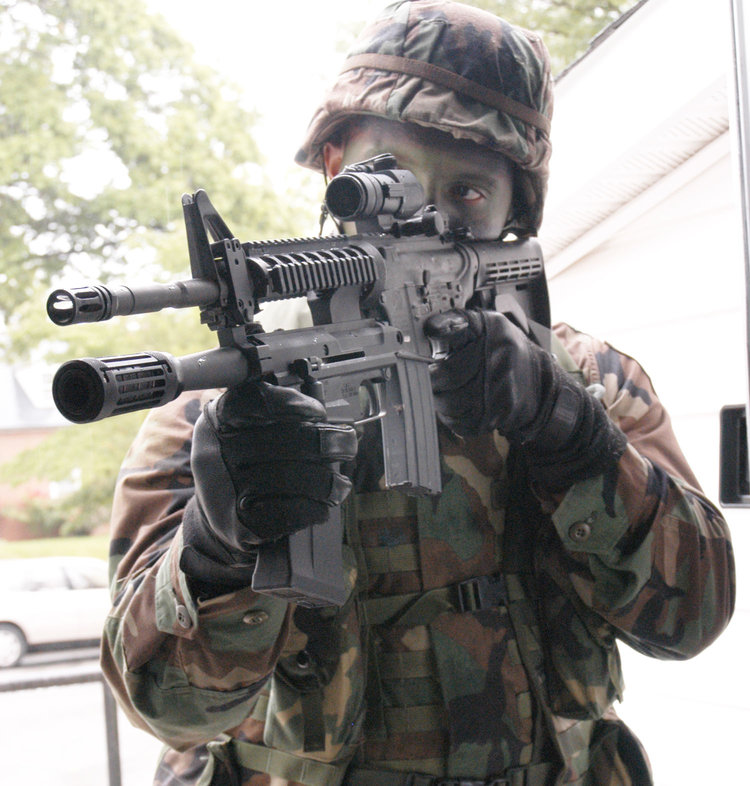 The M26 is "basically a secondary weapon slung underneath an M4 to allow the operator to switch between 5.56 and 12-gauge rounds quickly without taking his eyes off the target or his hands off of his rifle," according to the US Army. 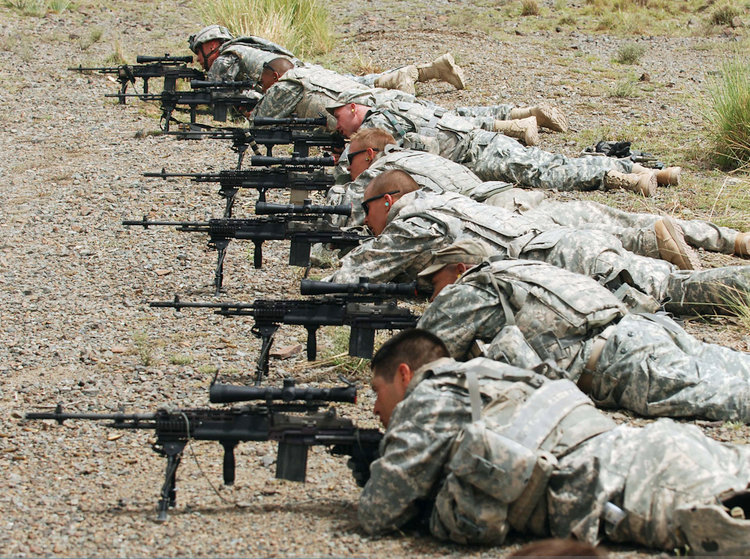 The M14, which shoots a 7.62mm round, has been heavily criticized, and the Army is currently phasing it out. Read more about that here. 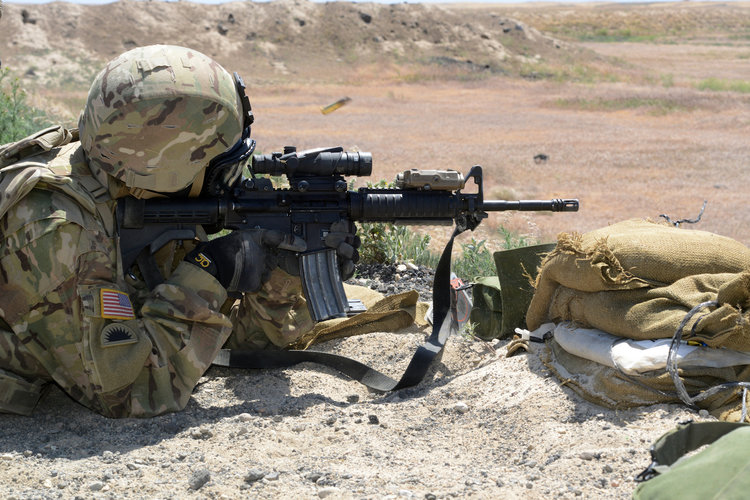 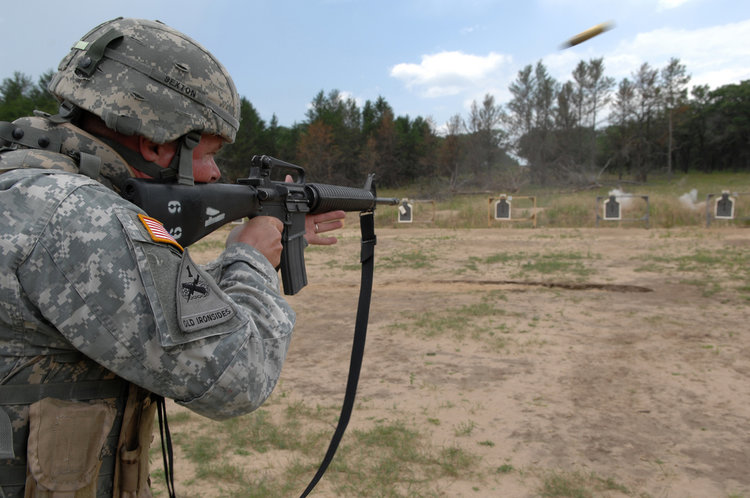 The M16A2 shoots the same round and has a similar muzzle velocity as the M4. One of the main differences, though, is that it has a longer barrel length. 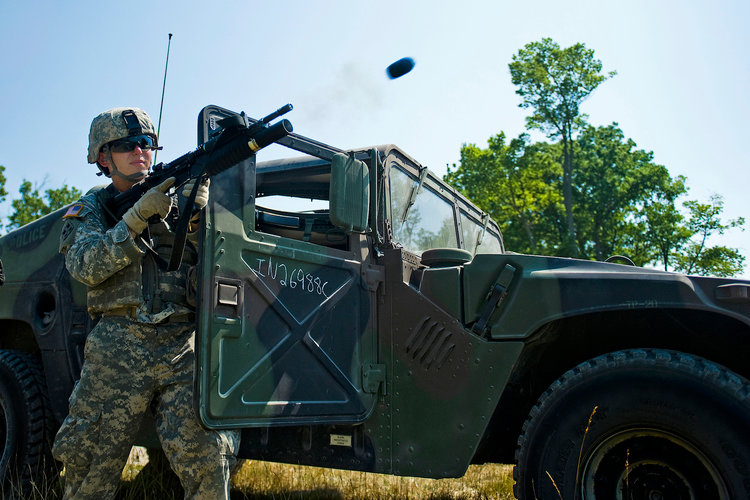 The M203 shoots 40mm grenades and can be fitted under the M4 and M16, but the Army is currently phasing it out for the M320. 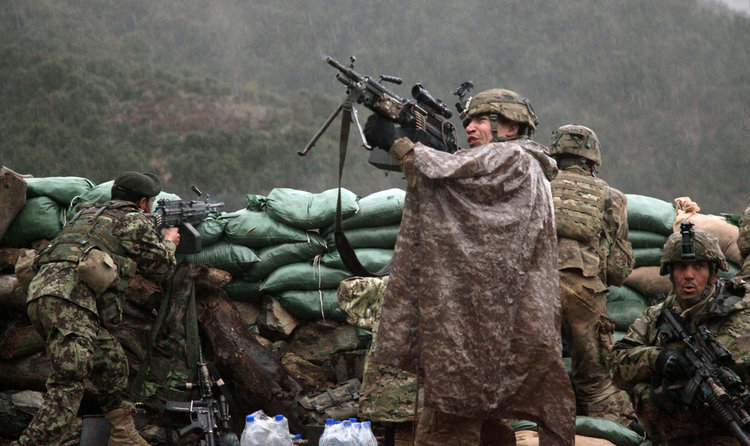 The SAW shoots a 5.56mm round like the M4 and M16, but it's heavier and has a greater muzzle velocity and firing range. 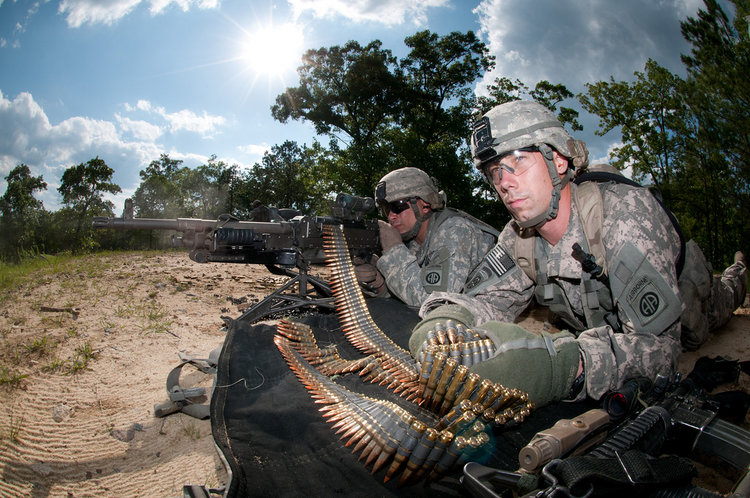 The M240B is a belt-fed machine gun that shoots 7.62mm rounds, but is even heavier and has a greater max range than the SAW.

There are multiple versions of the M240, and two more of those versions are Army standard issue. 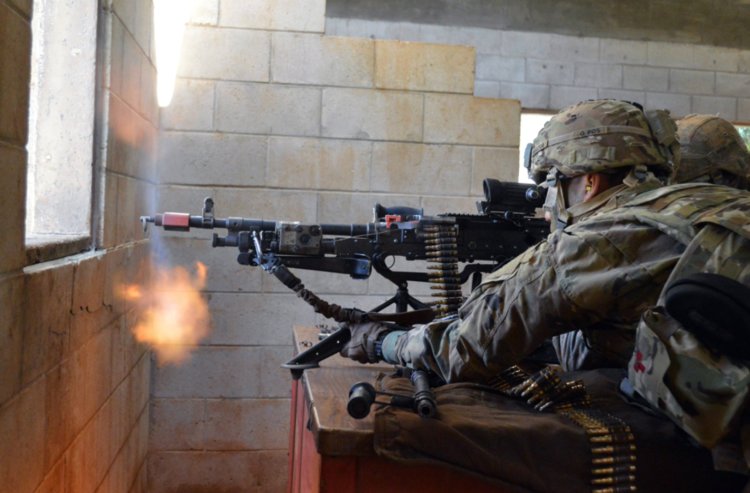 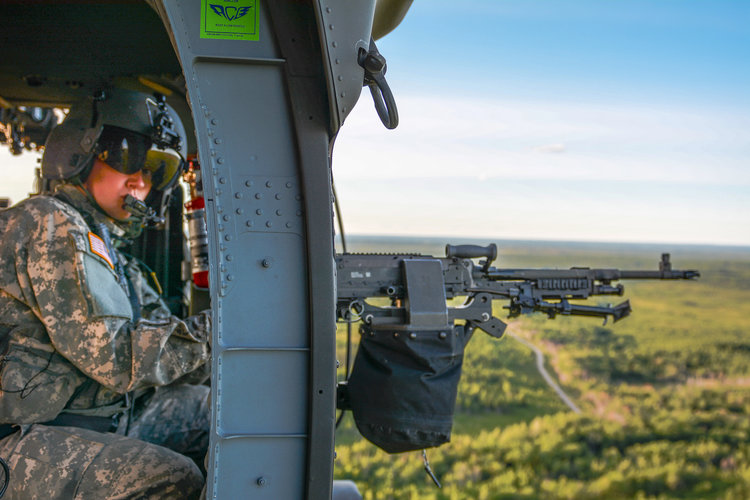 The M240H is an upgraded version of the M240D, which can be mounted on vehicles and aircraft. 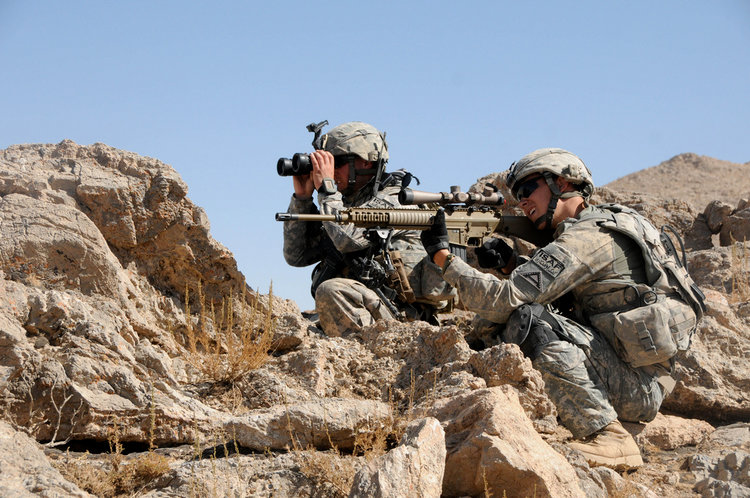 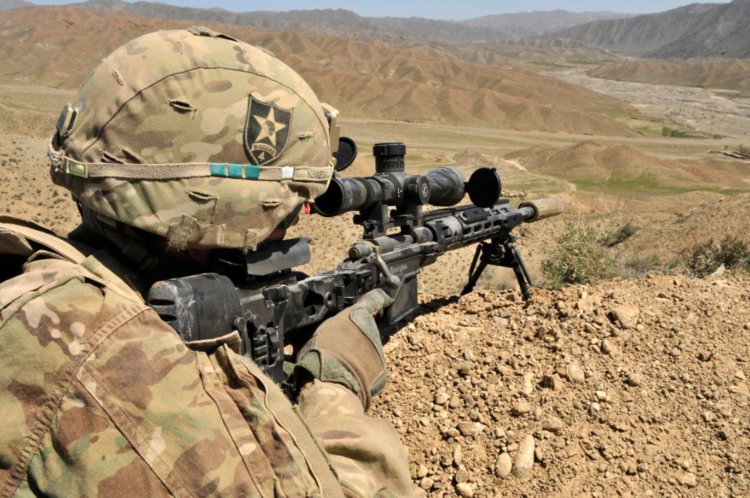 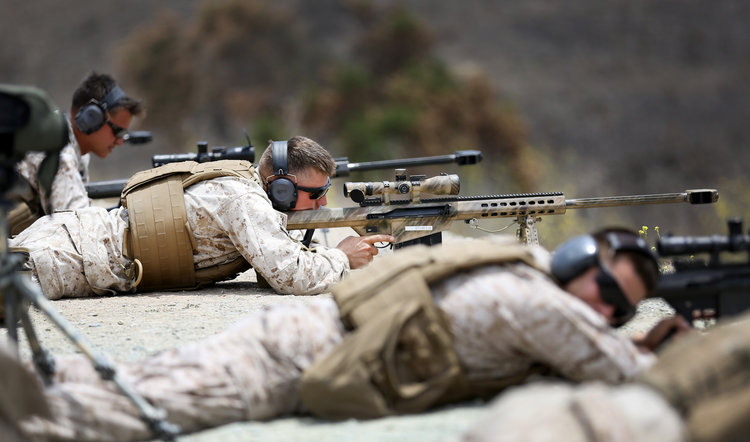 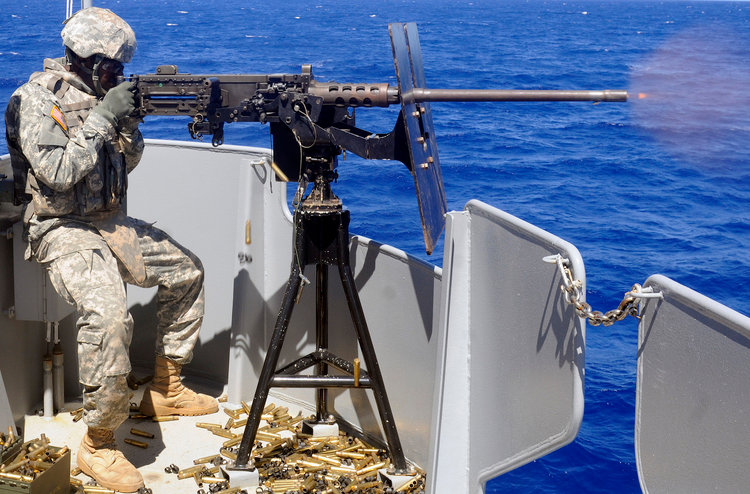 The M2 shoots .50 caliber rounds with an effective firing range of more than 22,000 feet. It's also very heavy, weighing 84 pounds. 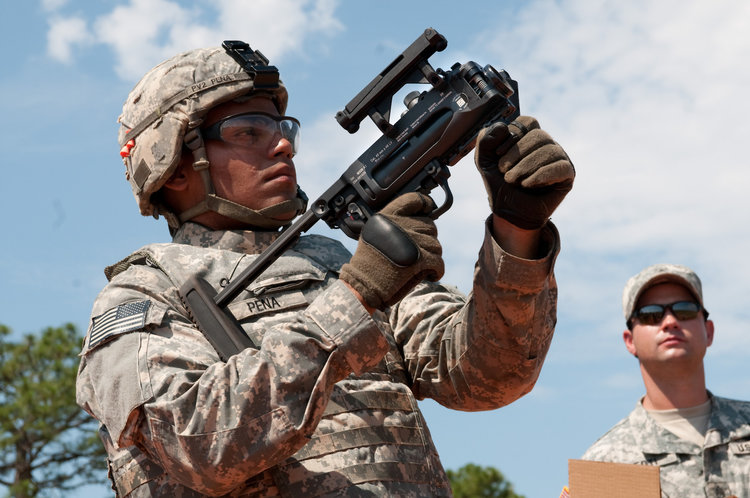 The M320 is the Army's new 40mm grenade launcher, which can be fitted under a rifle or used as a stand-alone launcher. The M203 could too, but rarely was.

The M320 reportedly is more accurate and has niftier features, like side-loading mechanisms and better grips. 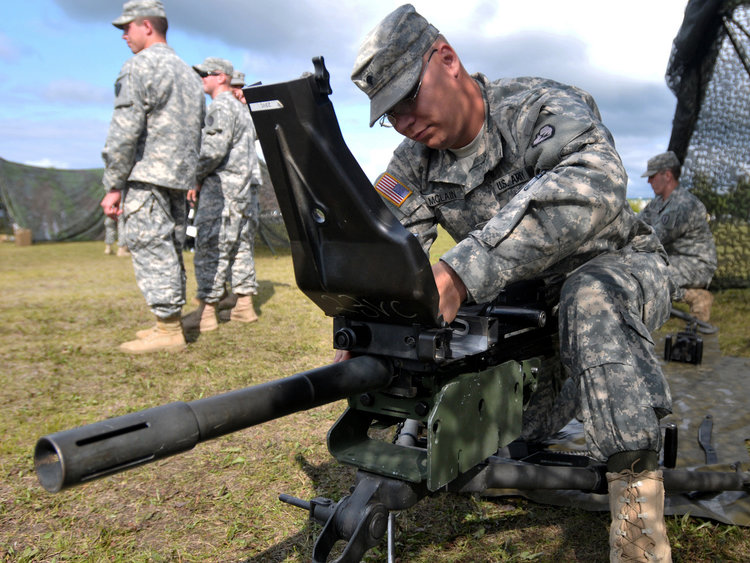 The MK19 is a 40mm automatic grenade launcher that can mount on tripods and armored vehicles. It has an effective firing range of more than 7,000 feet, compared to the M320's 1,100 feet. 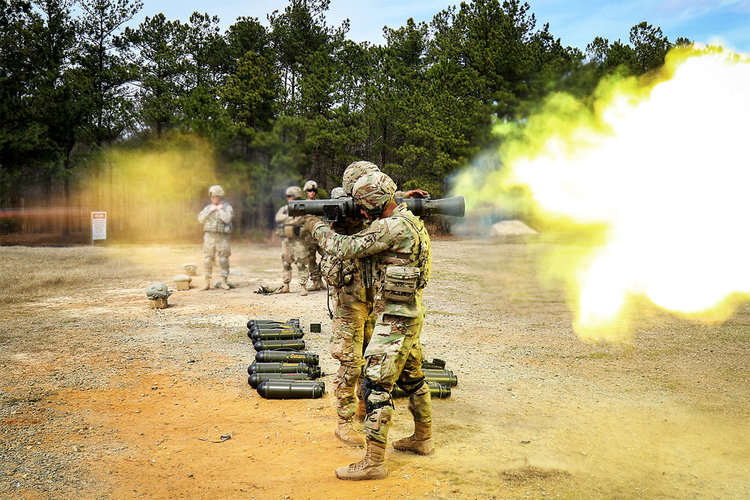 The M3 Carl Gustaf is an 84mm recoilless rifle system that can shoot a variety of high-explosive rounds at a variety of targets, including armored vehicles.

And this graphic, updated in February 2018, and which the Army gave to Business Insider, shows all the current and future standard issue weapons. 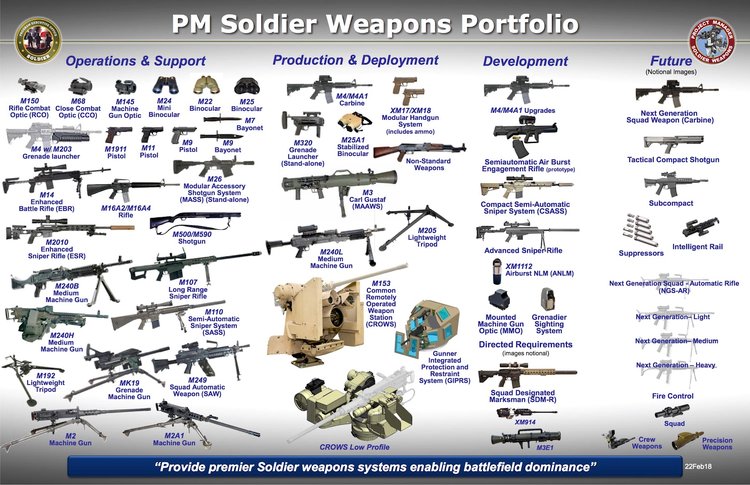 All images featured in this article are courtesy of the Department of Defense.